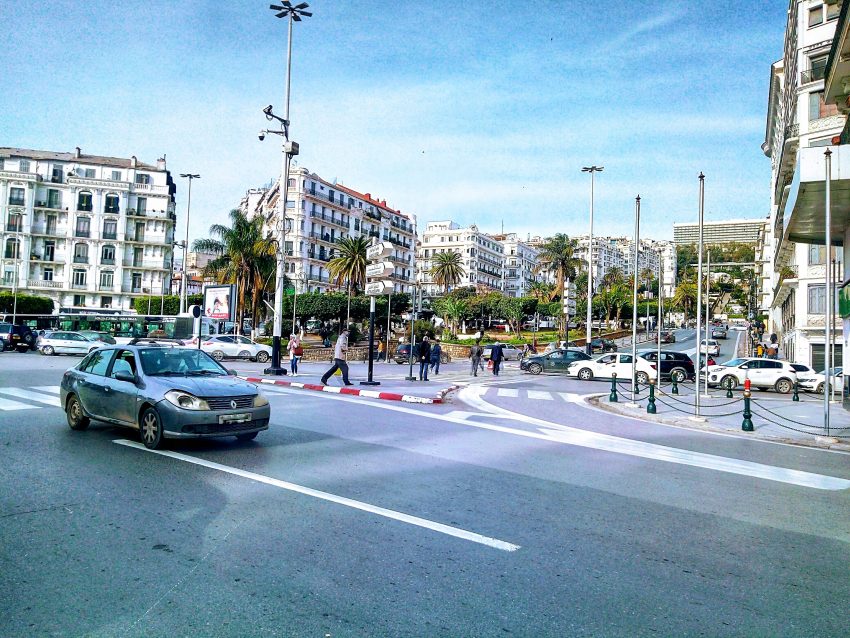 All Algerian airports in one place. Comprehensive list of airports located in this North African country, bordered with Tunisia, Mediterranean Sea, Morocco, and country of Libia. Mali and Mauretania is on the south from Algeria. This African country is a tenth largest country in the world, by size. Since 2005 Algeria is considered as a safe country to travel. But overall the country don’t receive to much tourists from overseas and from European continent. Also not to much tourist visit Algeria from Canada and United States of America. French tourist visit the Algeria most.
Algeria has 48 provinces in total. Most of Algeria’s airports are located in the north of the country, close to Mediterranean Sea. This is the most developed part of the country as well. And Algeria is one of the most developed country in entire African continent. See all international African Airports.

Algiers Airport (IATA: ALG, ICAO: DAAG), also known as Houari Boumediene Airport, is the largest airport in country of Algeria in Africa. From this airport is the most flights to overseas available. Algiers airport has connections to 26 countries and 38 destinations in total. There are 28 domestic flights in Algeria available today.

Do i need a visa to get to flight to Algeria. Does an American need a visa to Algeria.
How to get from Mauritius to Algeria. Mali Algeria flight. Tunisia Algeria cheap flight connections. Departures from Algeria, arrivals to Algeria. Car rentals companies in Algeria and hotels reservations near Algerian airports. What time of the year is best to travel to Algeria. Which is the hottest month in Algeria.

The longest flight from Algiers Airport (ALG) is a 5,657 mile (9,104 km) non-stop route to China, to Beijing PEK. This direct flight takes around 11 hours and 15 minutes and is operated by Algerian Airlines – Air Algerie.
Another direct connection from Algiers Airport are to Abidjan, to Bamako in Mali, to Casablanca in Marocco, to Lisbon in Portugal, to Milan in Italy, to Marseiile in France.