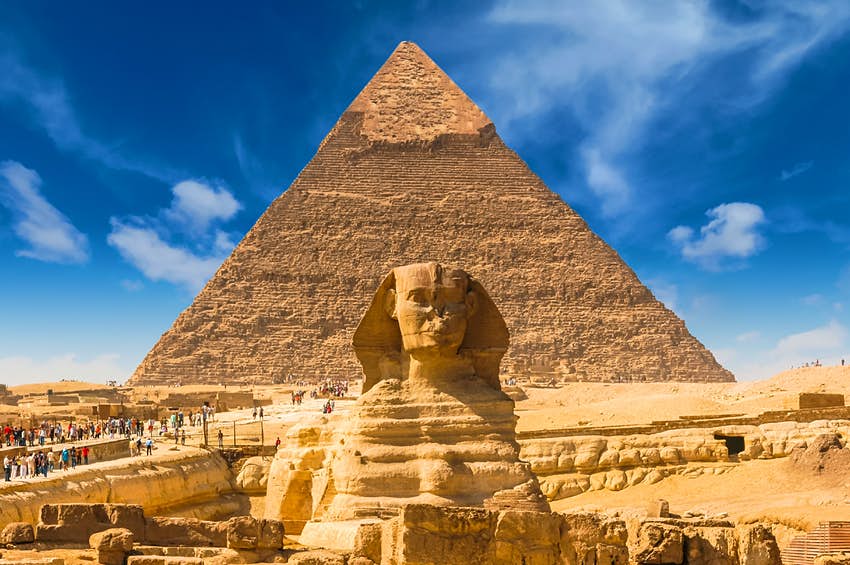 Searching for travel information about Egypt? Want to see much more then pyramids and Sphinx in Egypt. If you want to prepare individual trip to Egypt and buy a individual airplane ticket to Egypt Airportinfo24.com is place for you. Here informations regarding any airport in Egypt.

Opening hrs of Egyptian airports. Transfers from Egypt airports to the hotels or to downtowns. Buses, trains, private transfers informations and booking. Arrived alone to Egypt? Find the best way to go to city centre in Egypt. Thinking of buying property in Egypt? Want individual transport from airport. Here you will find informations and possibility to book this kind of transport from airport.

So many people search for flight to Egypt. This country is extremaly important on travel map of the world. And Egypt is visited by milions of tourist and holidaymakers from all over the world.
What is the best website in the world to reserve holiday in Egypt. Cheap flight to Egypt. Direct flight from London Heathrow to Cairo – those are the most frequent frazes people write into search engins in order to find cheap tickets to Egypt. Or in order to search for cheap 2 weeks holiday package in Egypt.

Egypt as a important tourist destination contry is well connected to the outside world by many flight connections.

Cairo Airport (IATA code: CAI, ICAO code: HECA), also known as Cairo International Airport, is the largest airport in country of Egypt. Cairo Airport has direct passenger flights scheduled to 104 destinations in 51 countries all together. At this time, there are 9 domestic flights from Cairo to other cities in Egypt.

And more destinations from Egypt: Rostow in Russia, Sohag in Egypt, Asyut in Egypt, Budapest in Hungary, Brussels in Belgium, Tel Aviv in Israel, Johannesburg in South Africa, Douala in Cameroon airports, Kigali in Rwanda, Juba in South Sudan, Nairobi in Kenya, Dar el Saalam in Tanzania, Washington in United States. Other destinations to Marsa Alam in Egypt, Entebbe in Uganda, Yanbu in Saudi Arabia, Larnaca in Cyprus, Ha’il in Saudi Arabia, Port Sudan in Sudan, Toronto in Canada, Istanbul in Turkey.

As we mansion before Egypt is visited by milions of tourist every year. There are few spots you can not miss during your holiday in Egypt. Even you plan a two weeks hotel or resort vacation in Egypt is worth to book a excursion to main tourist attractions in this country full of ancient history.

Not only pyramids and Cairo Museum but Egypt is a mekka for divers, adventure seekers and coral reef diving, snorking, horse ridind, kite surfing and surfing. There is a possibility to combine few of this activities in one trip to Egypt. Here we focus on top main attractions in Egypt. If you came by yourselfe to this country those places ara a must a visit.

Pyram ids of Giza a ra main attraction for tourist from all over the world. One of the most recognizable places in the world. These ancient magnificent tombs of the Pharaohs Cheops (Khufu), Chephren (Khafre), and Mycerinus (Menkaure). Place guarded day and night by the enigmatic Sphinx, are usually top of most visitor’s lists of tourist attractions to see in Egypt. Also this is the first sight most tourist head to after airplane landing on Egyptian airports.

Next stop in Luxor’s Karnak Temple and the Valley of the Kings in Egypt. Another world wide famous landmark. Memorial Temple of Hatshepsut. The Nile-side town of Luxor in Upper Egypt has a score of top hot spot of tourist attractions in Egypt. This is the biggest open air museum in the world. Go to Luxor’s East Bank.

Take the boat and do Nile cruise. Country of Egypt is defined by river Nile since the beggining of the first human settlements here. Most of the temples in Egypt are located along Nile. Between Luxor and Aswan. Thre are two most famous sights on a Nile Cruise. The Temple of Kom Ombo and Edfu’s Temple of Horus, where all the big cruise boats stop for sighseeing. If you have time try cruise the Nile by felucca – a traditional Egyptian boat.

Next place in Egypt you have to see is city of Aswan. Great place for relax for couple of days. You can also take the river ferry across to Elephantine Island and have a wonderful walk on colorful streets of the Nubian villages. Visit St. Simeon monastery near by, on the East Bank. Try local restaurants here, try a cup of Egyptian tea and watch the sunset. Visit also Philae Temple.

Abu Simbel is another gret place to discover when landin in one of the Egiptian airports. This is Ramses II great temple.That famous great huge status guarding entrance to the temple. In the 60 ties the temple was saved by UNESCO from drawning by dam of Aswan. The entire ancient temple was moved from its original location to save it from disappearing under the rising water of the Aswan dam on Nile. Great place to see.

Cairo’s Egyptian Museum is one of the greatest museum in the world not only in Africa. Prepare a good couple of hours for this ping painted building in the Cairo downtown. Tutankhamen’s tomb from the Valley of the Kings and the fascinating Royal Mummies are a “must” here.

One day drive from Cairo is the place called Saqqara. A vast necropolis of tombs and pyramids. To see here is Old Kingdom Step Pyramid and Mastaba of Ti. Those are earlier pyramids the the famous ones in Giza. Also to see Red Pyramid and Bend Pyramid.

Go to Sinai Peninsula for great beach life. City of Sharm el-Sheikh there is a European-style resort. A nice town packed full of luxury hotels, cheap hotels and very international restaurants. Place famous for winter vacation, especially from Eastern European countries. Good place for family friendly holiday in Egypt.
Go to Dahab town if you dive. Here you can get cheap dive-package holiday deals. Worth a visit is town of Nuweiba and Taba.

For shopping lovers there is downtow Cairo to explore. Visit labyrinth shopping souk of Khan el-Khalili in Cairo. Here also local Egyptian mosques, nice madrassas (Islamic schools of learning), local restaurants, traditional shops, craft, species and local vegatables and food. Also ceramiks, textile and Egyptian parfums to purchase here.
At the end of your trip can visit Al-Azhar Mosque and the great Sultan Hassan Mosque. Alsoake sure you climb to the ancient roof of the medieval gate of Bab Zuweila – great city views on a Cairo.

Another activity worth to do in Egypt after airport arrival is divind in the Red Sea. The best places to dive in Egypt are places near Sharm el-Sheikh on the Sinai Peninsula. Closest locations to the reefs of Ras Mohammed National Park. Also the reefs of the Straits of Tiran.
Another good places to dive here is Straits of Gubal near Hurghada. Also El Gouna on the Red Sea coast and resort of Marsa Alam. Red Sea is also a destination for wreck fanatic divers from Europe. The most famous in the wreck of Thistlegorm, a British WWII cargo ship, sunked by Germans in 1941. This is place regarded by most experienced divers, as one of the top five wreck dives in the entire world. Can easy get a tours from Sharm el-Sheikh and Hurghada.

There is more great tourist places in Egypt worth a visit when you came here. St. Catherine’s monastery on foot of Mount Sinai. Thgis is the place where where biblical Moses is said to have received the Ten Commandments. Here climb to Steps of Repentance. Siwa Oasis on Weastern desaert in another great place.

The Temple of Osiris in Abydos is another one. Finest relief-work in Egypt and huge necropolis here. Don’t forget city of Alexandria, especially where you land on Alexandria’s airport near by. Home of Cleopatra. Seafront Corniche is nice to visit. Go to Bibliotheca Alexandrina in the city. South of Bahariya Oasis there is White Desert National Park. Spectacular place of natural sxcenery in Egypt.

Regarding airports in Egypt there is more practical aspect landing on one of the airports in this African country. Do i need travel insurance when travelling to Egypt. Travel insurance options for me. New SIM card on arrival to Edypt. If you want to stayfor longer in Egypt maybe is better to buy a new Egyptian SIM card on airport on on local shop.
Disabled traveller to Egypt. Services and availabilities on local airports. What to expect after arrivals to Egypt.

RENT A CAR FROM CAIRO AIRPORT IN EGYPT

Marihuana and drugs on Egypt’s airports. Penalties, law enforcments, police involvments. Avoid problem in Egypt. All about drug smuggling from Egypt. Customs in Egypt, visas to Egypt and immigration on Egyptian airports. All the travel issues in one place. Forum on travel Egypt. Questions and answers.

Is Uber available in Egypt. Can i take Lyft in Egypt. Blablacar in Egypt. Where is the pick up point for Uber customers in Egypt. Taxis from airports, privat drivers and local guides on airports in this African country. Information how many terminals have each airport in Egypt. Money exchange on Egyptian airports. Where is the best place in Egypt to change cash for Egyptian pounds. Car payments, debits and credit cards.