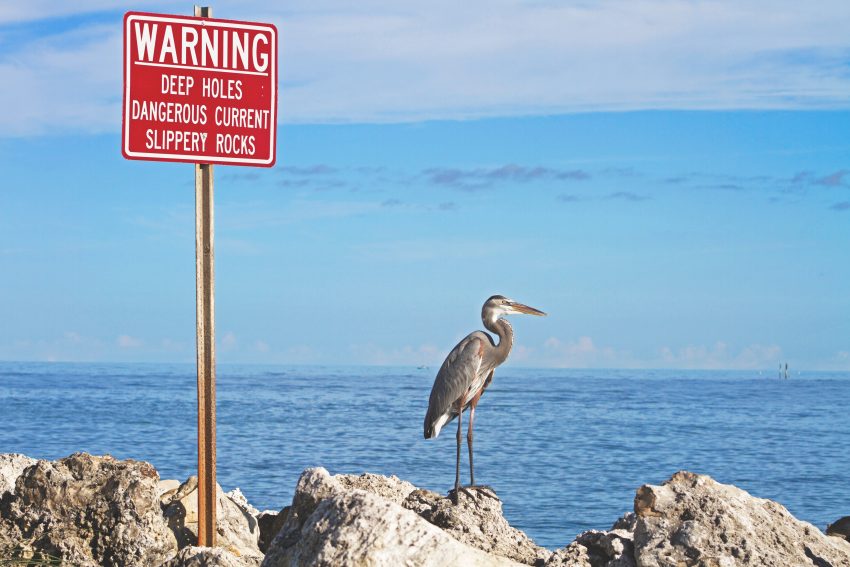 Clearwater is famous from cheap properties to purchas on the west coast of Florida and also from school Spring Break. Where thousands of students flock to Clearwater to have a good time and good party.

Several interesting information from the history of this charming city in Florida we have it for you. Around the year 1835 the U.S. Army began construction of Fort Harrison, used the fort as a base in the war against Seminole tribe. Fort was located on the Gulf of Clearwater and was the time of beginning of settlement in the area. The town at that time was called the Harbour Oaks.

Then, until 1905 the area was known as Clear Water Harbor. The name of the city – Clearwater derives from the spring, fresh and clean water flowing every year in the area, where now stands the town hall. In 1915 the bridge was built by Clearwater Harbor, the two-lane roadway was build that connects the center of Clearwater and Clearwater Beach, located west of the city. Although Clearwater Beach is located on a separate island that belongs to the city. New, taller and wider bridge with a four – lane roadway replaced the old bridge and is called now Clearwater Memorial Causeway.

If you are going to retire and plan to buy property in Florida, or you plan to spend the autumn of your life in a perfect and warm climates of western Florida. Town of Clearwater should definitely interest you as a place to purchase a nice property. In 2012, Clearwater, thanks to city’s advantages, has been listed among the top ten best places to retire in United States, accordning to CBS Money Watch statistics.

In recent years, the center of Clearwater was completely rebuilt and renovated. Arrived new parks, green spaces, beautiful landscaping has been created, many building have been finished and tall apartments blocks has been renovated.
There are new bars, restaurants and playgrounds and recreation areas and also other facilities that make up the area, called the Cleveland Street District. One of the interesting places located here is Coachman Park. Which is often host a variety of events throughout the year. Twenty acre park is located by the main library in Clearwater.

Here you can bring your chairs, beach chairs and blankets and have a good time. But be aware that, due to take place here so many mass events, to the park you can only bring one sealed bottle of water per person. You can not enter the park with animal or do barbecue here. Also you can’t use equipment to record audio and video in this area.
It also prohibits throwing objects, even if it is only a small ball or Frisbee and the skateboarding is prohibited as well. After circling the park photographer doing photos that may later appear in public in brochures in Clearwater, or in some leaflets or websites. If you do not express you permission to do so, you have to let him know.

Clearwater is primarily a beach destination for holidaymakers from all over United States. There are miles of beautiful beaches with powdery sand like sugar and cristal clear sea water.
Also close proximity to other cities in Tampa Bay make Clearwater Beach one of the top rated beaches in Florida. In addition to soaking up the sun and enjoy a white sand and swim in the clean, clear water, you can also take take advantage of activities such as fishing in Clearwater, boating in Clearwater and canoeing while on vacation here.
On the beach there are many restaurants and shops. Easy to get here even from airport by rented car in Florida.

On the Clearwater beach you can rent beach chairs, beach umbrellas and tents as well as customized wheelchairs to move around the beach. The beach is guarded and it is a qualified lifeguard on duty. Also there are special colored flags giving information about sea conditions. Lifeguards also warn bathers about strong currents, sharks in the area and other incidents on the beach.

Clearwater is also a great place for dolphin watching, swimming or diving. Turquoise waters of the coast of Clearwater will provide fun and entertainment to everyone regardless of age or skill level in water sports. You can participate in the attractions providing extreme experience such as adrenaline rides at dizzying speed motorboats. Jet-skiing, deep sea diving, and a bit calmer pastimes such as sailing sailboats in Clearwater bay.

If you like dolphin watching you have to came to Clearwater. You can not fail to mention the unique natural attractions which is Clearwater Marine Aquarium, where you can see, touch and experience nature directly. You are here to watch the behavior of bottlenose dolphins. Clearwater Marina Aquarium ‘s mission is to influence the environmental awareness and learning respect for marine life among people.

Marina is also a nesting site for sea turtles. Employees, volunteers and interns monitor the area of breeding turtles and wild birds, if necessary, intervene to help get the little ones to the water snail, because newly hatched turtles often go in the opposite direction, toward the lights of the city instead of the ocean.

Often the monitoring of GPS technology is used. In addition to individual trips by Clearwater Marina Aquarium also offers package holidays and school projects. It prepared an educational program of visual elements that attract the attention of children, interactive fun. Educational programs are all designed for different age groups in the form of lectures, excursions and short boat trips along the Clearwater coast.

It’s also accessible for people with disabilities, has an elevator to the second floor and a chair lift to get to the third level. CMA ‘s offer also possibility to hire wheelchairs. If you need well in advance and get in touch with the manager you will be provided with a sign language interpreter. In the Clearwater Marina Aquarium pets are not allowed, except for guide dogs and it also provided that they are on a leash. Animal shall not be left unattended and are kept at a distance from all elements of marine life.

If you want to see dolphins in their natural habitat you can choose from one of the many organized trips in Clearwater, during which organizers guarantee that you will see dolphins jumping out of water. And if this does not happen often carriers suggest another free trip, that no one was disappointed from this trip .

Clearwater is known for its incredible variety and freshness of daily caught fish and seafood. Be sure to have them available to satisfy you culinary needs. There are also many pubs, adapted to the pocket of every traveler. And if you add to the sensation of taste fabulous view from the restaurant’s garden, on the shore of the Gulf of Mexico. A pleasant afternoon in Clearwater is guaranteed.