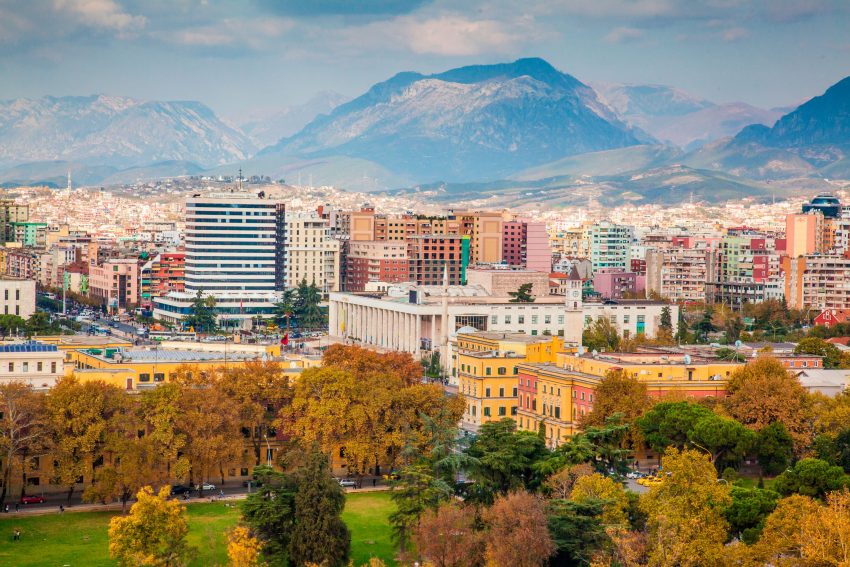 New and updated list of all Albanian airports in the country. Informations for those seeking a news about Albanian Airports and travellers planning a trip to Albania. In the past very few tourists visited Albania. Communist past is still visible in Albania – no doubt about that.

Last dekade Albania became more orientated on tourism any every year, more and more people visiting Albania. Also tourists from Western Europe. There are few international airports in Albania, where you can fly to. It’s easy to find a cheap flight to Albania now. Country can be visited any time of the year. But summer time is much nicer to sight seeing in Albania.
Save 30% on travel to Albania. Car rental Albania, hotels in Albania and cheap airline tickets to Albania.

There is one international airport in Albania with regular scheduled flights. This is Tirana Airport (TIA) – Tirana International Airport. Tirana (TIA) has direct flights to 58 destinations in 18 countries, mainly in Europe. Tirana airport is quite well connected to European Airports and most popular destinations from Tirana are: Pisa, Verona, Athens, Istanbul in Turkey, Belgrade in Serbia, Frankfurt, Pristina, London Luton and Dortmund in Germany.

If you want visit Tirana there ara many pretty places, which are worth a visit during your stay in the country. The most important travel destinations in Albania are: old city of Berat, Saranda resort, city of Shkodra, resort Vlore by the sea, Apollonia, Durres, Lake Koman, Pogradec, Ksamil Islands on Albanian Riviera. Also spots like: Theth, city of Kruja, historic Gjiokastra, Llogara Pass, capital city Tirana and Albanian Riviera.

Is Albania safe for travel? Can i sleep on Albanian airports. Can woman from the west travel alone in Albania. Where is the best month to travel to Albania. Which is the most dangerous airport in Albania. How to get to Albania from Canada. Do i need visa to go to Albania today. Can i cross from Albania to Kosovo.