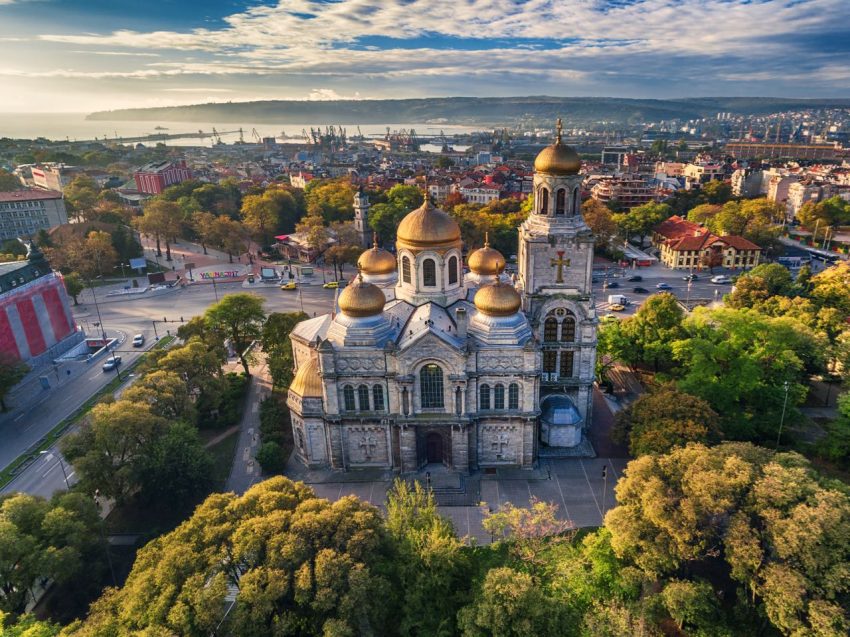 Travel connections Bulgaria. Informations about transportation from mayor Bulgarian airports to towns centres. Airbus, private transfer from airport, bus or taxi from airport.
Arrivals to Bulgaria and flights departures from Bulgaria. Flights cancellations and flights delays. Updated informations on our website. How to travel to Bulgaria by air from United States or Canada. European Union travel requirments for Americans, Canadians and South African citizens. Travel smart, travel with Airportinfo24.com
Save 30% on travel to Bulgaria – car rentals, hotels, cheap flights to Bulgaria

Find here if the Uber is available in Bulgaria and if there is the spot on Sofia airport to pick up the clients from this popular and internatinal transport App. Alkohol and cigarettes allowances to Bulgaria. How many ciagarettes can i bring to Bulgaria from trip to Turkey outside EU. How many litres of vodka can i bring from Latvia to Bulgaria.

Here you will find informations about travel insurance, before booking ticket to Bulgaria. The most valuable insurance deals on travel to Bulgaria in EU. Informations about flight delays, flighs cancellations, arrivals and departures from Bulgarian’s airports. Domestic flights and international flights from any airport in Bulgaria.

How many terminals have each Bulgarian airport. How to travel between them. Youtubers talking about Bulgaria’s airports and other influencers regarding airports in Bulgaria.
Below are the most popular travel hot spots in Bulgaria. Country is beautiful and worth a visit if you never been to Europe. We are suggesting just few mayor tourist attractions in Bulgaria worth a visit after landing in Bulgaria airports.

Sunny Beach in Bulgaria on bank of Black Sea is a good starting point to sightseeing of Bulgaria. Nice, friendly and very international summer tourist resort. Nice beaches, great choice of restaurants with local and international cuisine. Also great nightlife and good place to meet local Bulgarian girls and mayby to find a girlfriend from Bulgaria. Nice beach 8km long. Family friendly resort with plenty of hotels, apartment for short rent and cheap accomodation for any budget. There are also few good, luxury hotels.
Close by is town of Nessebar – also worth a visit.

City of Plovdiv in Bulgaria is another nice town to visit. Go stright to ancient Roman theater discovered in the 60s. Theater dates back to the 1st century AD and is thought to have been built under the rule of the Roman Emperor – Domitian during Roman times. Plovdiv have also nice restaurants, good hotels and well developed base of accomodation for any budget.

Pirin National Park in Bulgaria is another great place to discover in this country after air travel. Waiting for you are 70 glacial lakes in the area. There are wild animals still visible in the dense forest covered the area. Try to spot brown bears, wild boar or gray wolves and jackals. Fantastic place for hiking, mountain biking, and strolling in the mountains and meadows. Family friendly place.

Close to Sunny Beach is a town of Nessebar – an old ancient town with great history from Roman and Byzantine eras. Cobbled streets, packed full of pretty squares, old churches and butiques, shops with local crafts, restaurants, cafes and vineries. Plenty of accomodation available but better is to get hotel room in Sunny Beach.

If you like nature there is place in Bulgaria – Krushuna Falls or Krushuna Waterfalls. The tallest from the falls is 20 meters high water cascade. Beautiful place to spend a day or two if you travel from Sofia airport by rented car from Sofia’s Airport.

In the heart of the Sredna Gora mountain range there is a town called Koprivshtitsa. This is actually an open air museum. Beautiful streets packed with local restaurants and shops. Cafes and colorful buildings.
Something for architecture lovers is a place in Bulgaria – Buzludzha Monument. Built in 1974 by the Bulgarian army. A relict from Soviet era and comunist past of the country. The monumental structure today is covered in political and hippi graffiti and has huge depictions of Lenin and Marx. As well as lettering across the facade.

Close to the capital of Bulgaria – Sofia – is a Vitosha Mountain range. Ski resort and nice place to spend a day or two here. Vitosha Nature Park have also a mineral springs.
Remaining tourist attrractions in Bulgaria are Thracian Tomb of Sveshtari. The great tomb is thought to have been built for a royal couple from the Thracian tribe of the Getae and dates back to the 3rd century BC.

If you have more time in Bulgaria on holiday go to Tsarevets Fortress. Place where the medieval tsars once stood, 800 years before when Tarnovo was the capital of Bulgaria. Old stronghold and a nice place for walking with the family and kids.