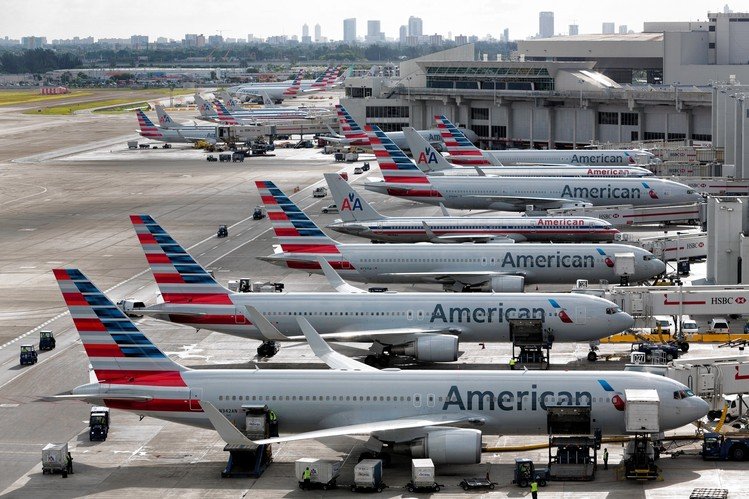 O’Hare International has eight runways. O’Hare airport has four terminals and nine concourses. Terminals 1, 2 and 3 are mainly used for domestic flights across United States and to destinations with no border clearance. Whereas Terminal 5 is mainly used for all international arrivals. As it’s the only facility on this airport with customs screening available.

In year 2018, the airport officials confirmed plans for a huge-scale expansion and upgrade of the airport. Named O’Hare 21, the ambitious plans included demolition of the current terminal to construct the O’Hare Global Terminal. All gates and concourses will be reconstructed to increase capacity with a total of 236 gates, and ramp space will be expanded to accommodate larger international aircrafts.

The $9bn O’Hare 21 project is intended to increase capacity at the airport by up to 60%. With the addition of two brand new satellite concourses. Plans were approved by the City of Chicago, the City Council of Chicago, and a number of airlines back in year 2018.

Another huge American airport and international travel hub. There are large five terminals at the airport named from A to E, which are accessible through three main entrances to the airport. There is an on-site Marriott Hotel located between Terminals B and C. Terminal A mainly serves domestic and Canadian flights. Those are not operated by United Airlines and are split into two North and South concourses with ten gates each.

Remaining terminals B and C are used by United Airlines and its United Express branch mainly for domestic operations. As well as Terminal E – which serves as the airline’s base for international flights from Houston.

Houston’s main airport – George Bush Intercontinental Airport (IATA code: IAH) is located across 40.46km², 37km north from the downtown of Houston. Airport is owned by the City of Houston and serves as the second largest hub for United Airlines in the country of United States. Righ after Chicago’s O’Hare International Airport in Illinois. George Bush Intercontinental Airport Houston Texas served more than 40 million passengers in 2017, with 450,400 aircraft movements in total.

Intresting fact: Air transport rating organisation – “Skytrax” ranked Denver International airport as 29th best in the world in year 2018. Which at that time was the highest position for any US airport in history.
This is quite new airport, construction has been finished in year 1995 in February, 16 months behind schedule. Costing $4.8bn, which was almost $2bn over the allocated estimated budget.

Airport is located 25 miles away from the city center of Denver. The facility was built to replace old, over-capacity Stapleton International Airport, which also faced many legal issues, regarding aircraft noise and a runway extension.
After all new Denver International Airport was designed to allow future expansion to take place, including space for two more concourses. Also to optimise the new airport’s runways for adverse weather conditions in Colorado that before caused problems at Stapleton Airport. See also Colorado Airports here.

Denver International Airport (IATA code: DIA) is the largest airport in the United States, spanning 135.69km². Despite its huge size, it handled 61.4 million passengers, making it the fifth busiest in the continent include USA, Canada and Mexico.
The Denver International Airport has six runways that are spaced 4,200ft apart, and the 16,000ft 16R/34L runway is the longest in the US available for public use. Impressive.

The site of the airport features a main landside building with two terminals named A and B. Terminal A is the northern side of the building and leads to Airside 1 and Airside 2, while the southern Terminal B links to airsides 3 and 4.

Orlando International Airport was first opened as McCoy US Air Force Base in 1942 during WWII for military operations. Facility was designated as an international airport for civil use in 1976 and named a large hub airport three years later, having handled five million passengers already in 1978. The airport served more than 44 million passengers in year 2017.

An Icon – airport. Gataway for travellers and immigrants from all over the world. New York’s biggest international airport is John F Kennedy (IATA code: JFK) International Airport, spanning 21.04km² in the eastern borough of Queens in New York City.

This great airport has six terminals with 128 operational gates. Four runways and four helipads. It handled 59 million passengers and saw 446,460 aircraft movements in year 2017. which makes it the 27th busiest airport in the entire world.

Airport JFK New York was originally built with ten terminals, before demolition works starts. The Tower Air Terminal has not been in use since year 2000. Terminals 8 and 9 were merged into the new Terminal 8 facility, which is twice the size of Madison Square Garden and was opened in stages between 2005 and 2007.

Search all airports in the world here