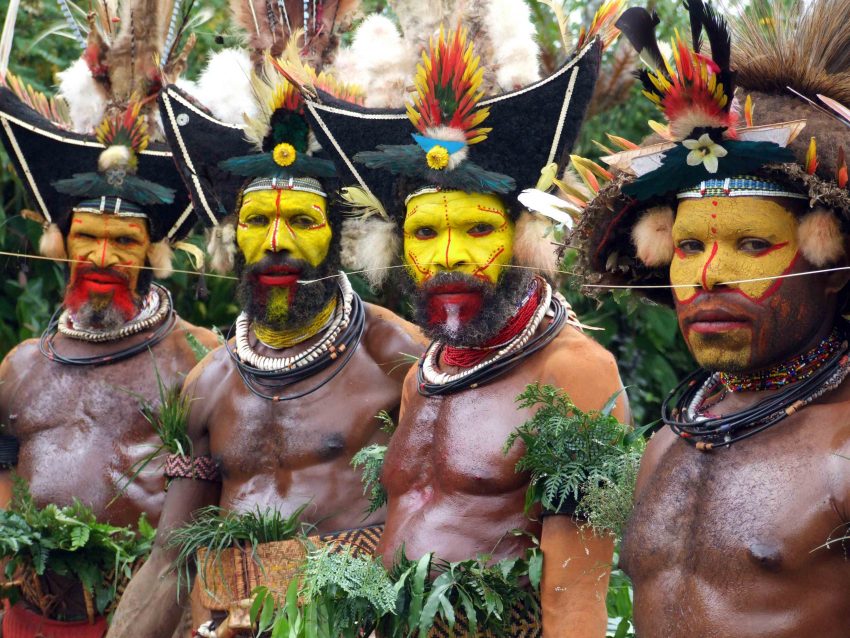 The country is extremaly rich in fantastic things to explore and visit. Everything depend how much time you intend to spend in Papua New Guinea during you holiday and after landing in – most propably -Port Moresby Airport in the capital city. Papua New Guinea share the island of New Guinea with Indonesia and to the south is northern Australia. There are also many islands to explore and visit. This is a paradise recluse from outside world.

36km from Port Moresby there is a Varirata National Park. A paradise for bird watchers from around the globe. If you want see a bird please arrive early. There are trips available from Port Moresby.

Port Moresby Nature Park is next hot spot in Papua New Guinea to visit. Great nature reserve managed by the University of Papua New Guinea in Port Moresby. Great place for wildlife lovers. Almost 2 km of pathways waiting for you, spread throughout the park, that go in and out of the huge canopies of the rainforests.

Maschu Island not on the list all travel agencies in the country. But amazing place to visit from airport in Port Moresby. Papua New Guinea tourist attractions just of the coast of Wewak. Very few hotels here, just B&Bs and fantastic scenic views. To visit black beach – that is the signature of the Muschu. The famous swimming hole, beach and forest – ideal place for relax for a day or two.

Another nice place to visit while in Papua is JK McCarthy Museum in Goroka. The museum has an extensive collection consisting of musical instruments of the various tribes here, jewellery and pottery.
If you remember a documentary movie from 1996 by David Attenborough’s “Attenborough in Paradise” – this is the place – Tari Basin. This is one of the greatest places to visit in Papua New Guinea. This is the bird reserve. Again – this is the only one place in the entire world, where you can see King of Saxony and blue Bird of Paradise. Just came here between July and September.

If you like the crocodiles go to the Rainforest Habitat. Place on campus of the University of Technology. Fantastic lush flora and fauna under a reconstructed rainforest with an eleven metre high canopy. Go to see saltwater crocodile Agro here.

One of the essential places to visit in Papua New Guinea is National Museum and Art Gallery for tribal enthusiast and to see indigenous culture of Papua New Guinea. Famous totems, skull racks, tribal instruments and weapon are among other great artifacts.

If you have time and energy, there are two more important sights to see in Papua New Guinea. Those are: Papua New Guinea parliament house and Lae War Cemetery. The main building of Parliament House has been built in the fashion of the Sepik or Maprik haus tambaran. The erchitecture here reflect the extensive cultural heritage of this fantastic country.
Papua New Guinea was an very active theatre during the Second World War. After the war new Australian government establish the war cemetery at Lae in memory of Australian soldiers who lost their lives here during the WW II. There also graves of Indian and New Zealand Soldiers.

IN THE AIRPORTS OF PAPUA NEW GUINEA

Here you will find info about flight arrivals, flights departures, delays and cancellations. Also most propably you will need a good travel insurance to Papua New Guinea. Just in case something happen on the way. Maybe you will need a new SIM card on airport for your smartphone. Or you get a better deal from you native mobile phone provider. Disabled traveller in Papua New Guinea.
What to expect on airport in this country. Person on wheelchair on airports. Services and availability for disabled traveller. Car parks on airports, long term parkings and short term parkings on airports in Papua. Where to park a car close by airport or on airport.

Electric car chargers on airports in Papua new Guinea. Where can i charge my electric vehicle. Tesla chargers, Blink chargers and Charpoint chargers. Can i travel without problems in Papua New Guinea by electric vehicle? Precise addresses of airports in Papua, GPS coordinates and locations. How to get to airport without Google map on your smartphone. Traditional maps of Papua New Guinea.

Alkohol and cigarettes allowances in Papua New Guinea. How many cigarettes can i buy on duty free shop in Port Moresby and take to Australia. How many litres of vodka can i buy on airport and take to New Zealand. How many terminals have Port Moresby International airport. Money exchange on airports in Papua. Where to change the money. Cashpoints on airports and ATM maschines. Boots with money exchange on mayor airports. Change dollar to local currency in Papua.