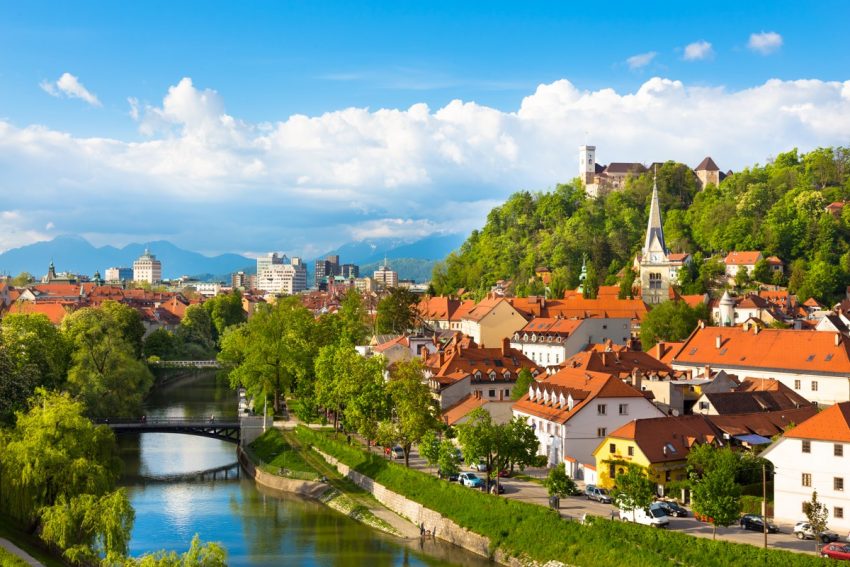 A updated list of all Slovenia airports. In this beautiful European country there are several airports. Main airport in Slovenia is airport of Ljubljana (LJU) / Ljubljana Joze Pucnik Airport (Brnik Airport). This is the largest airport in the country. Ljubljana (LJU) has direct flights to 17 destinations in just 12 countries. Mainly to European Airports.
Beautiful mountains, ski resorts and lakes. This offers Slovenia for visitors from over the world. Pretty Lubljana, Maribor, Kranj and Celje -those are main cities in the country.

Slovenia is a very intresting Central European country to visit. Especially during a summer time. Winter could be to chilly to travel around the country, althought Slovenia enjoy a mild climat. And is warmer then northern Europe. Slovenia’s neighboring countries are: Croatia, Italy, Austria and Hungary.
Save 30% on travel to Slovenia cars, tickets, cheap flights

Country of Slovenia who belongs to European Union (see also all European Airports) is an important travel destination on European continent. Best time to visit Slovenia is summer time, from April to October.
How may international airports Slovenia has. Is Slovenia safe country to travel. Which airport in Slovenia is dangerous. Which Slovenia airport is the deartiest. How to get from Ljubliana airport to Maribor. Is it easy to get on the train from Ljubliana to border with Hungary. How to fly from London to Slovenia.

Cheap flights from Germany to Slovenia. Ljubljana International Airport has direct passenger flights scheduled to 17 destinations in 12 countries. The longest direct flight from Ljubljana is a flight to Tel Aviv in Israel. The flight is 3h 15 min by EL AL (Israeli Airlines). The most popular airlines in Slovenia are: Lufthansa, Turkish Airlines, EasyJet, Transavia, Swiss, Air France, Brussels Airlines, British Airlines and SunExpress.
Which UK airport fly directly to Slovenia.

Slovenia is well connected with the world and the most popular destinations, mainly from Ljubliana International Airport are: London Luton, London Gatwick in United Kingdom, Frankfurt in Germany, Tel Aviv in Israel, Munich in Germany, Antalya in Turkey, Helsinki in Finland, Warsaw in Poland, Brussels in Belgium, Zurich in Switzerland, Amsterdam in Netherlands, Paris in France, Moscow and Istanbul in Turkey.
There are not available direct flight from Slovenia to United States, Canada, Africa or South America. You have to change a plane if you are planning to go to another continent from Slovenia.

Here you will find informations about car rental companies in Slovenia airports, hotels, flights to Slovenia, All travel info and reservations from our website Airportinfo24.com. Book you next trip to Slovenia from here.