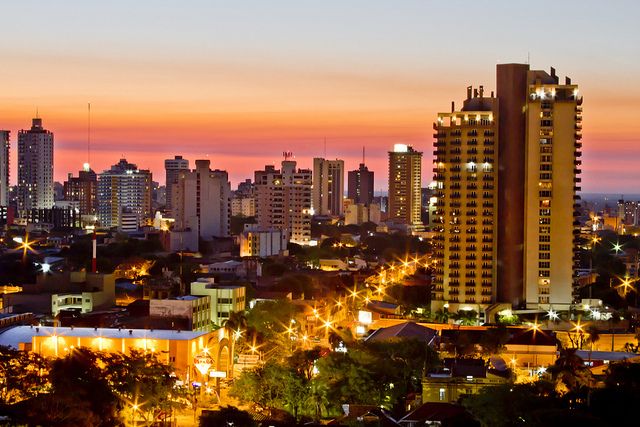 There is 10 international airlines flaying in and out from Paraguay. Those airlines are Copa Airlines, Felix Airways, Avianca, Amaszonas, Eastern, Aerolineas Argentinas, Air Eropa, Paranair and LATAM.
See all airlines in the world

The remaining flight are to airport Sao Paolo in Brazil, airport Montevideo in Uruguay and airport in Panama City in Panama.
Which airport is the biggest airport in Paraguay?
Asunción Airport (IATA code: ASU, ICAO code: SGAS), also known as Silvio Pettirossi International A, is the largest airport in Paraguay country. Asuncion Airport has direct passenger flights scheduled to 13 destinations in 10 countries all together. At present, there are no domestic flights from Asuncion.

PARAGUAY ON THE MAP

WHERE TO STAY – BEST HOTELS IN PARAGUAY – LOWEST PRICE GUARANTEE