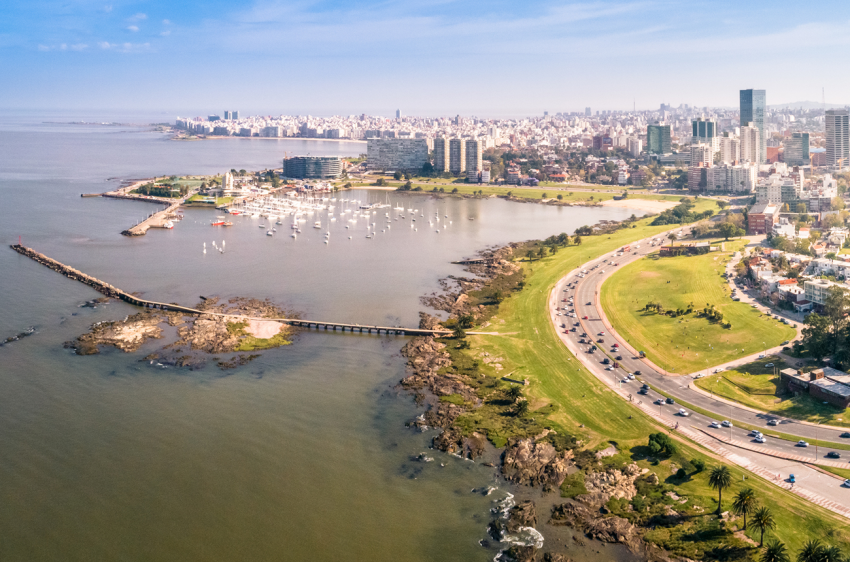 Uruguay is not so popular among travellers, like an neighbour countries Brazil and Argentina. Even Chile is more popular. It’s a shame, because Uruguay is beautiful country and has so much to offer for hungry adventure traveller. Most common questions people ask search engines such a Google, while looking for cheap ticket to Uruguay are: what’s the main airport in Uruguay? How many airports are in Uruguay? How many international airports are in Uruguay. Where to fly to Uruguay?
Save 30% on next trip to Uruguay in South America. Cheap car rent, hotels and tickets to Uruguay

On Airportinfo24.com you will find an all array of informations regarding airports in Uruguay and airlines landing in Uruguay. Flights arrivals to Uruguay, flights departures from Uruguay. Flights delays and flights cancelletions. Covid 19 pandemia updates.

Uruguay customs, visas to Uruguay, immigration to Uruguay. All flight connections in Uruguay. Finally money exchange on airports in this South American country. Where to change money. ATM-s and cashpoints on airports in Uruguay. Exchange rate Uruguayan Peso to US dfollars and Canadian dollars. Duty free shops on airports. Shops with travel equipment and with souvenirs.

Country of Uruguay is among the smallest countries located in South American continent. Uruguay is situated between Argentina and Brazil. The country is mainly known for its long Atlantic coast, great wine production and intresting local culture. There are in total of 13 main airports in Uruguay with the main ones being Montevideo Airport in capital and Punta del Este Airport.

Nice country to visit, especially if you already been to Argentina and Brazil. Uruguay is something different. First stop will be capital city of Uruguay – Montevideo. Nice city to explore on foot, at least centre of the city. Montevideo city has neoclassical and colonial architecture in the old part of the city, African influences, and modern European flair in some places.
To taste a local food, go to Mercado del Puerto (Port Market) in Montevideo. To see is Plaza Independencia in central of the city, Ciudad Vieja, Legislative Palace and Tango Museum of Montevideo, Museo Torres Garcia and National Museum of Visional Art.

Goucho Culture is a national symbol in Uruguay and Argentina. Uruguay is the place to discover this symbol and way of life here. Also try a popular strong non alkoholic tea drink – mate, a traditional drink served in a hollow gourd.
Another tourist attraction in Uruguay is Candombe, during Carnival Season.
In Uruguay, the carnival is a time of the year for dance parades. Where comparsas (local groups of dancers and drummers) take to the streets of the cities to play candombe, a traditional form of music. In Montevideo there is Carnival Museum to see.

Another interesting spot to visit in Uruguay is Sea Lions in Cabo Polonio. This is off the beaten track destinations in Uruguay. Here to see the largest colonies of sea lions in entire South America. Good idea is to rent AWD vehicle to get here. See car rentals in Uruguay.

Punta del Diablo is another place worth a visit in Uruguay. Do some trekking on sand dunes here. Visit Santa Teresa National Park, Playa Achiras and Playa del Barco are also nice places to visit. Some people do windsurfing and surfing here.

One of the things you have to try when visiting Uruguay is to taste famous BBQ. Uruguay’s famous parrillas (steakhouses) are a meat lover’s dream. The quintessential Uruguayan dish is the asado. A sort of open-fire barbecue that is more a social event, than just a simple family meal. Try restaurants La Pulperia in Montevideo, Punta Salina in Punta del Este. You will love it, even if you are vegetarian or vegan …

Next stop in Uruguay adventure is oldest town in Uruguay – Colonia. UNESCO World Heritage site. Visit Barrio Historico with narrow, cobbled streets. Try local food in restaurants and bars here. Historical buildings, convent and municipal museum to see here. This is also the place to get a ferry to Buenos Aires in Argentina.

Another places worth a visit in Uruguay, are great beaches in the country. Punta del Este is a place for rich and famous, but this country have also many nice, smaller beaches. Playa de los Pocitos, Piriapolis, Costa de Oro – nice and peaceful places to relax during travel.

Punta del Este is the most famous beach destination in Uruguay. Celebrities, rich and famous came here to relax and play. Nice sandy beaches, watersports, great night-life and entertainment all year around. Go to old Portuguese ruins and the lighthouse. Visit Museum of the Sea. Visit Isla de Lobos, Isla Goritti. In winter sea whales in the ocean.