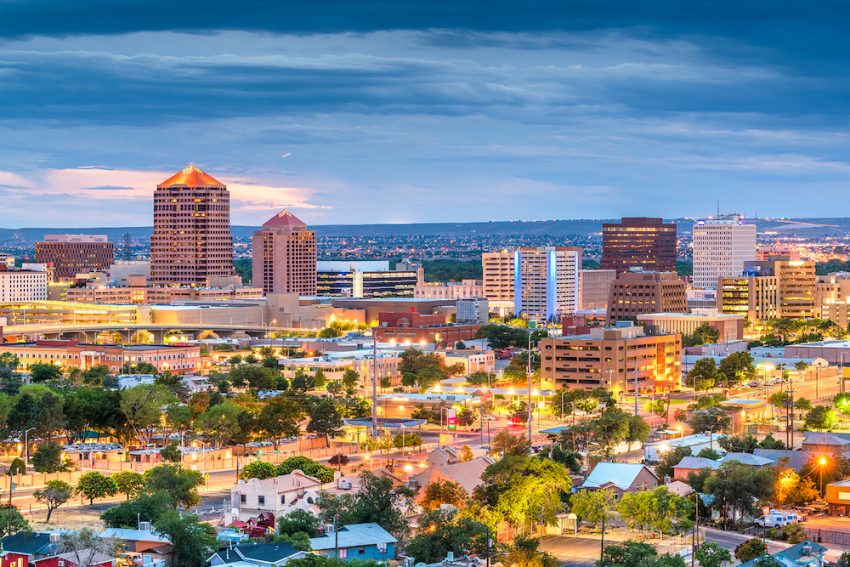 Here is list of all airports located in New Mexico in United States. Travel informer USA. International airports and domestic airports. Airstrips and landing places in New Mexico USA. This extremaly interested state in southern part of US is also a great place to explore and spend some time while travelling throught the United States. On our website you will find informations and opportunity to book discounted tickets to New Mexico, practically from any corner of the world. See also all airports in the world here. You will find here car rental companies to reserve your car from New Mexico airport. Also you will find here a cheap hotels near airports in New Mexico state – with the border with Mexico.

Not only UFO focused travellers will visit Roswell in New Mexico. The state have so much to offer even for discerning European traveller. There are top attractions in New Mexico: Cumbres-Toltec Scenic Railway – a must for railways enthusiasts, Taos Pueblo, Petroglyph National Monument, Bandelier National Monument. Also a Albuquerque International Balloon Fiesta – opened for public since 1973. White Sands National Monument. A Carlsbad Caverns National Park – amazing 120 caves to explore.